Unruly youngsters will love this story about a delicious-looking dessert whose manners and attitude are quite distasteful. 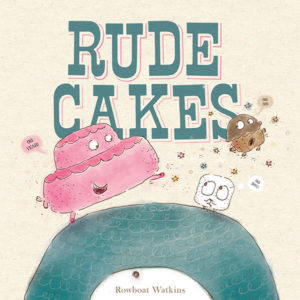 “Life,” Ralph Waldo Emerson said in an essay, “is not so short but that there is always time enough for courtesy.” But that which strikes adults as common sense is not always self evident to children. And when it comes to good manners, many kids are not as (ahem) polished as their parents would like them to be.

For all the ill-mannered and unruly youngsters out there, we present Rude Cakes (public library), a hilarious children’s book by Rowboat Watkins that tackles the matter of bad behavior head-on. The story is about a rude cake, a delicious-looking dessert whose manners and attitude are quite distasteful. The rude cake never says please or thank you, never listens to its parents, and always makes the other characters cry. The captions are priceless. 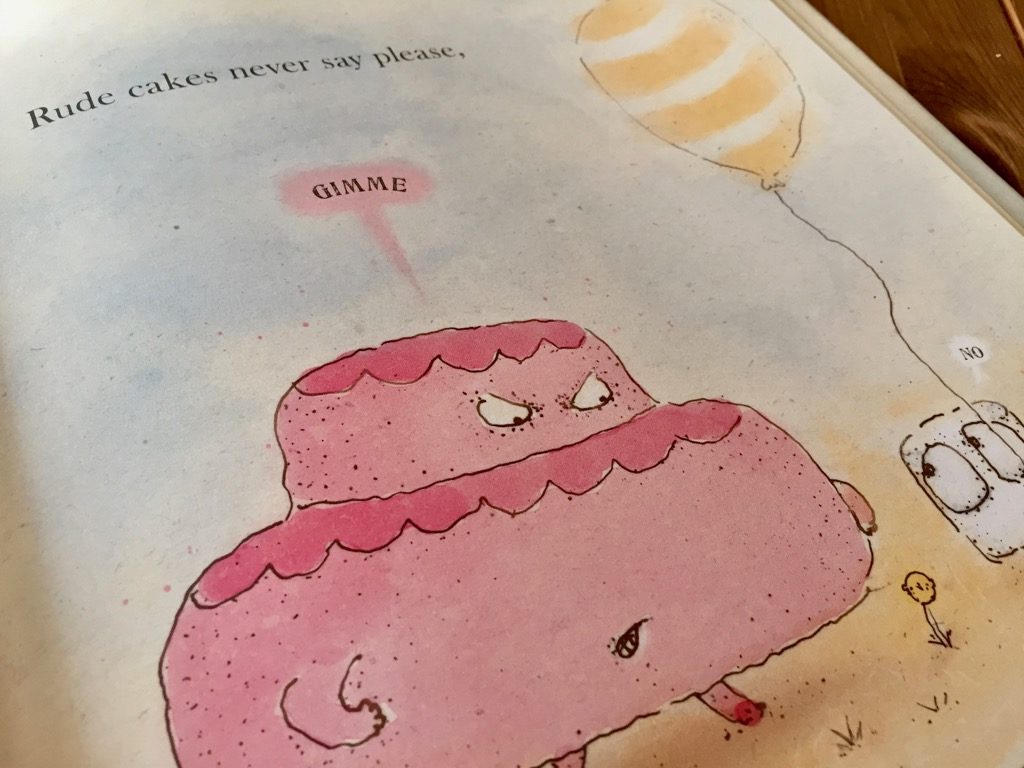 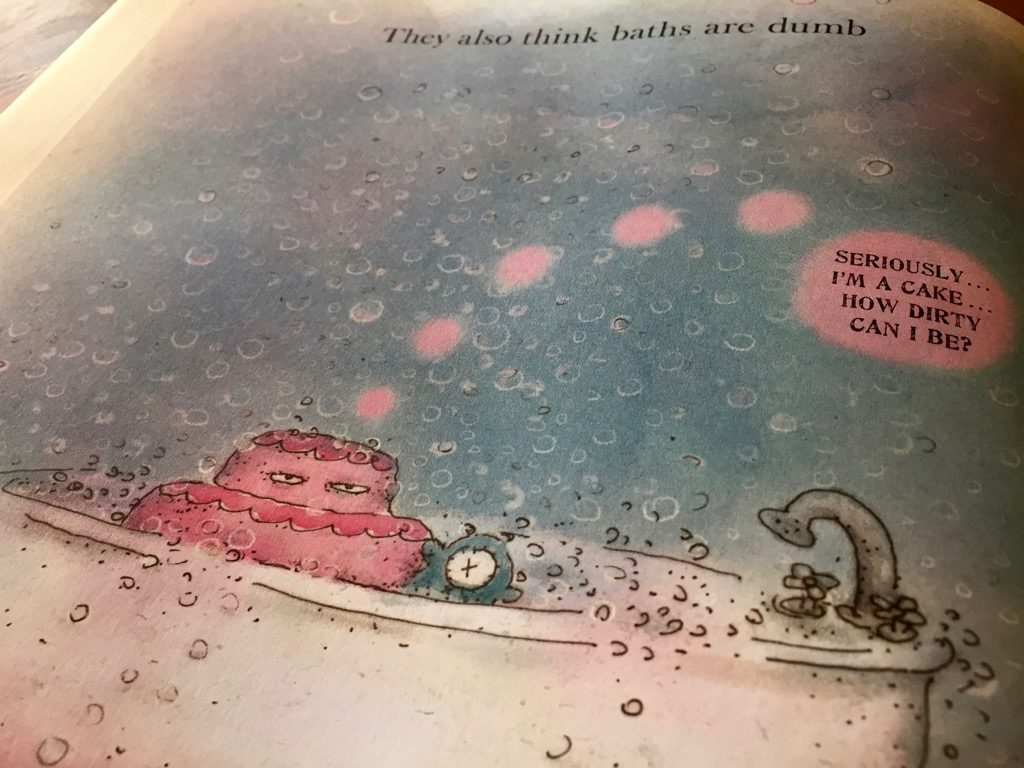 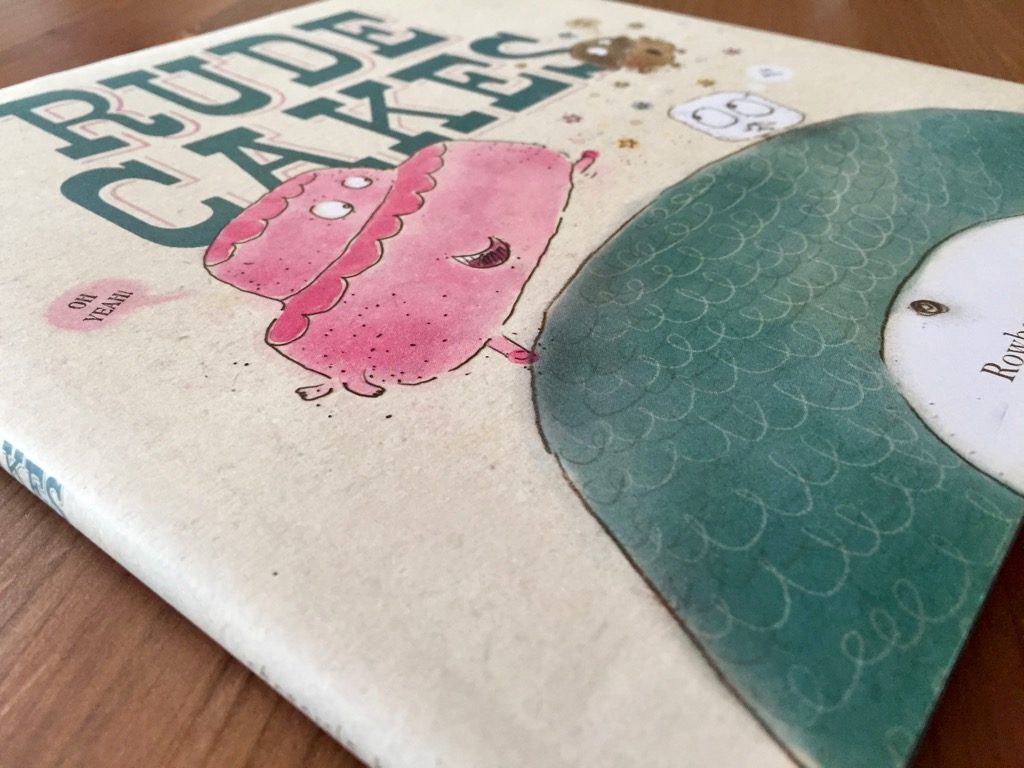 But then something unexpected happens. A giant hand plucks the rude cake from bed, and for one harrowing moment it appears that the rude cake will disappear into the mouth of a Giant Cyclops. Then readers discover that the Giant Cyclops just loves to wear hats.

Because the Giant Cyclops is such a nice chap, and because the rude cake eventually says “please,” the rude cake is eventually restored to its bed. But the experience clearly makes an impression on the rude cake. At the end of the story, the impudent hero ultimately rejects bad manners for an agreeable temperament. As the story ends, the rude cake plays happily with the other characters, because, “of course, no cake is ever too rude to change.” 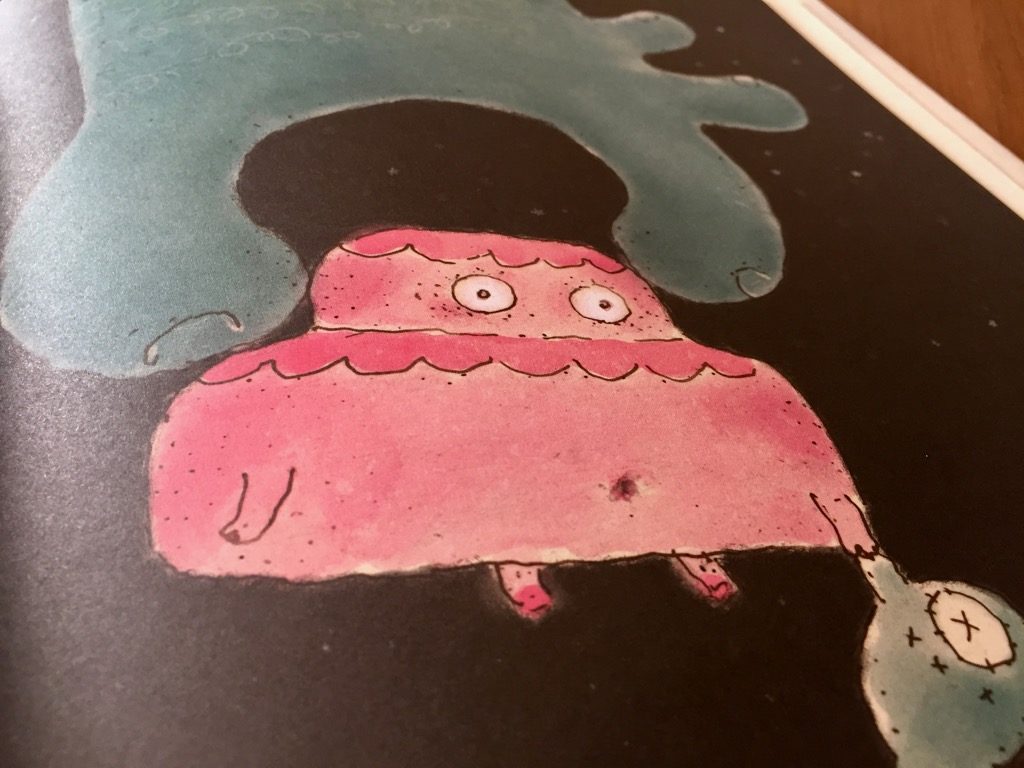 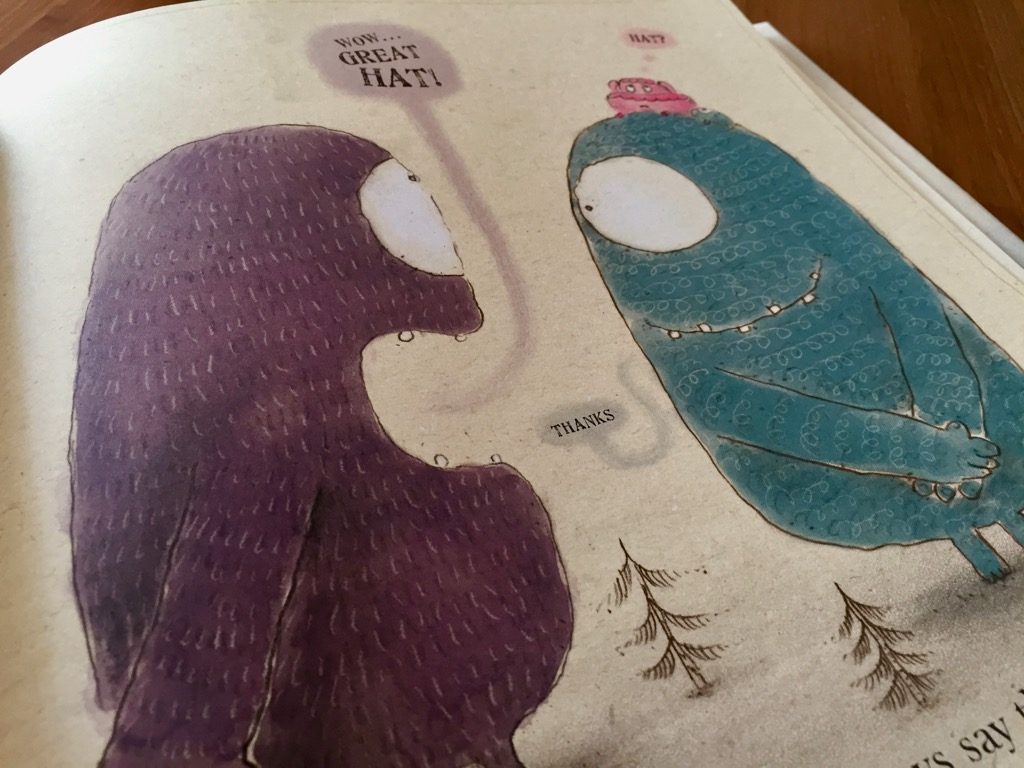 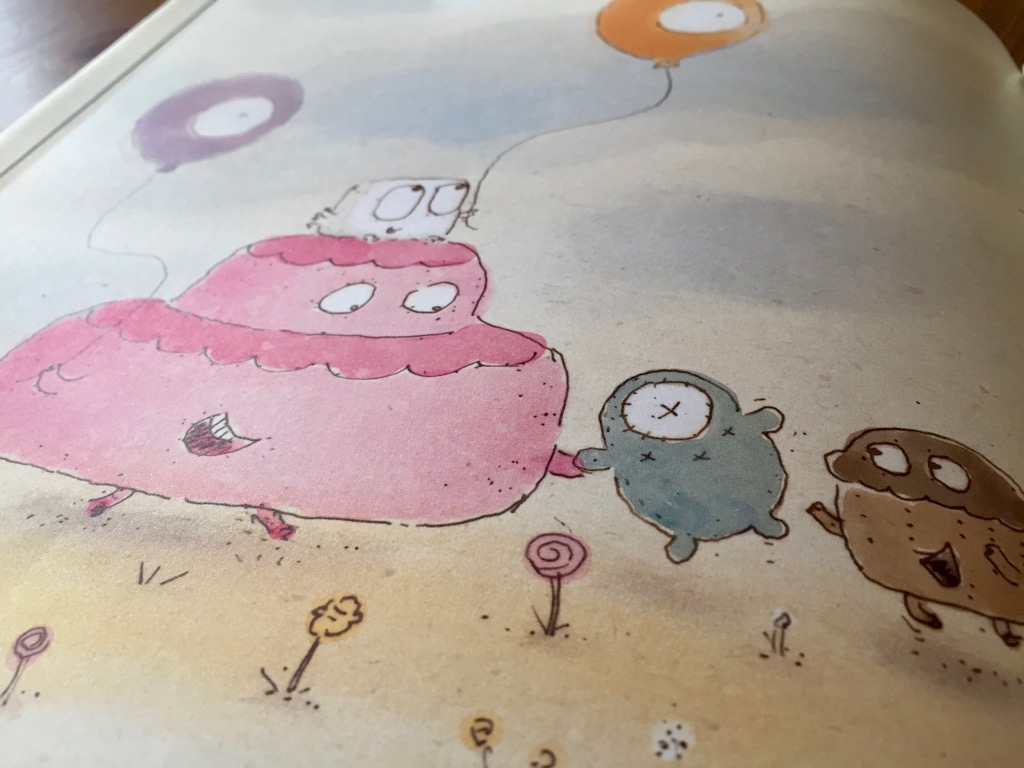 In an interview that’s as silly as the book, author and illustrator Watkins reveals that the idea for Rude Cakes came to him when he “hit the bottom.”

At some point in an extended trough I’d been sliding into for who-knows-how-long, I finally hit the bottom. Conk. Like in a cartoon. Conk. Honestly. My brain literally made the sound conk. I kid you not. And I just knew I couldn’t sink any lower. Which was weird, because I’m pretty much always sure there is somewhere lower to sink. But for whatever reason, I thought, ‘Well, I don’t like any of my ideas (because they all suck), and it sure would be fun to draw a book with a giant hairy hand looming in from the top of the page. Who wouldn’t love that? I would.’

Funny and off the wall, Rude Cakes discusses a difficult topic without coming across as patronizing. This children’s book is a great way for parents to talk to kids about bad manners. Complement with The Darkest Dark, a story by astronaut Chris Hatfield about overcoming fears of the dark.