No good deed goes unpunished in this ironic children’s book about a mouse dentist who takes pity on a fox with a horrible toothache. 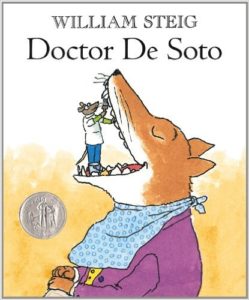 “Out of this nettle, danger, we pluck this flower, safety,” wrote William Shakespeare in Hamlet. Shakespeare’s musing implies that finding safety in danger is no easy task, whether in life or in fiction. But author and illustrator William Steig (November 14, 1907 – October 3, 2003) was no stranger to danger — or irony. According to his obituary in The Guardian, “his view of the world is summed up by an anecdote he used to tell of the time, during a summer job as a lifeguard, when he saved a woman from drowning — and was given a dollar tip.”

That no good deed goes unpunished is the ironic theme central to Doctor De Soto (public library), Steig’s children’s book about a mouse dentist who takes pity on a fox with a horrible toothache. While fixing the fox’s toothache, the dentist realizes his life will be in danger when the fox returns the next day. To save himself, Doctor De Soto must find a way to outwit the fox. It’s a brilliant story that uses danger to great effect — something that’s exceedingly rare in modern children’s literature.

The book makes clever use of animals as characters. Being a mouse, Doctor De Soto is an efficient dentist for larger animals, but he’s also a target for cats and other animals that eat mice. His sign says that he refuses to work on any “dangerous animals.”

Doctor De Soto, the dentist, did very good work, so he had no end of patients. Those close to his own size — moles, chipmunks, et cetera — sat in the regular dentist’s chair. Larger animals sat on the floor, while Doctor De Soto stood on a ladder.

For extra-large animals, he had a special room. There Doctor De Soto was hoisted up to the patient’s mouth by his assistant, who also happened to be his wife.

Being a mouse, he refused to treat animals dangerous to mice, and it said so on his sign. When the doorbell rang, he and his wife would look out the window. They wouldn’t admit even the most timid-looking cat. 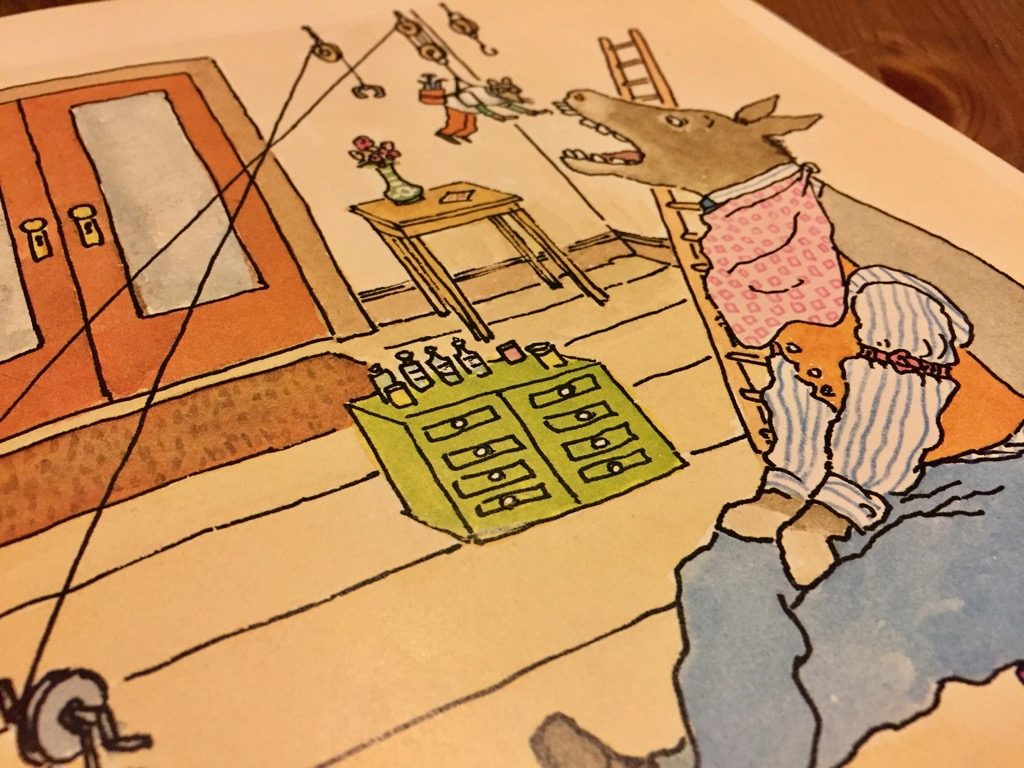 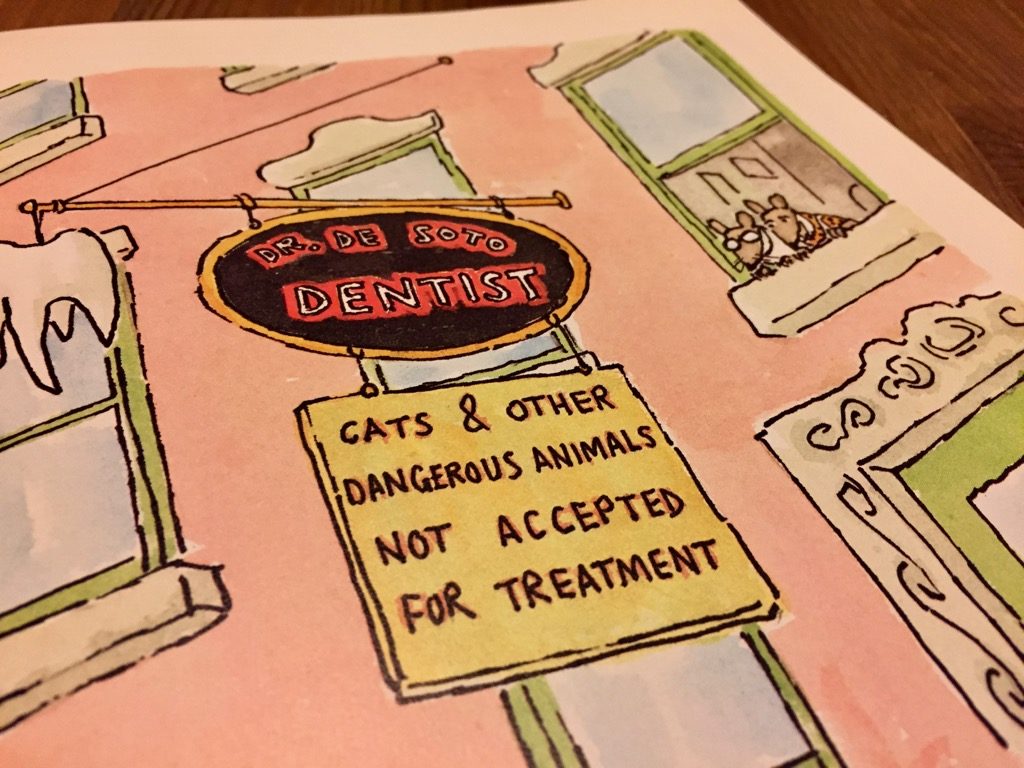 But one day a fox with a severe toothache shows up. Doctor De Soto and his wife take pity on the suffering animal and let him in. That’s when the trouble starts.

One day, when they looked out, they saw a well-dressed fox with a flannel bandage around his jaw. ‘I cannot treat you, sir!’ Doctor De Soto shouted. ‘Sir! Haven’t you read my sign?’

‘Please!’ the fox wailed. ‘Have mercy, I’m suffering!’ And he wept so bitterly it was pitiful to see.

‘Just a moment,’ said Doctor De Soto. ‘That poor fox,’ he whispered to his wife. ‘What shall we do?’

‘Let’s risk it,’ said Mrs. De Soto. She pressed the buzzer and let the fox in. 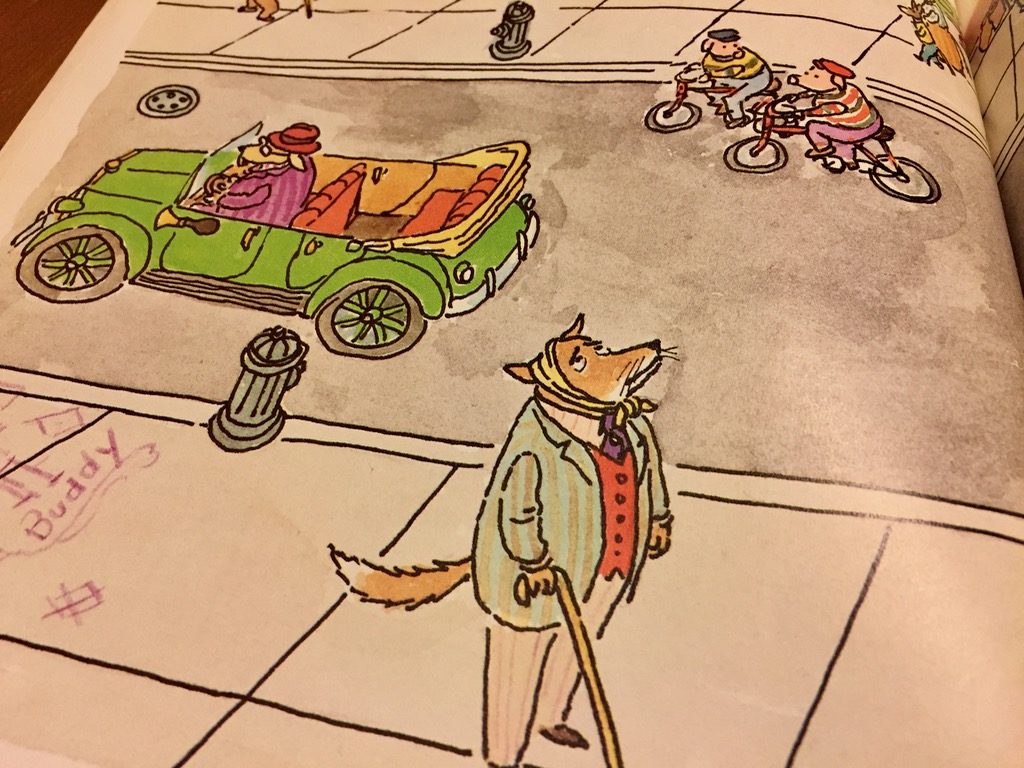 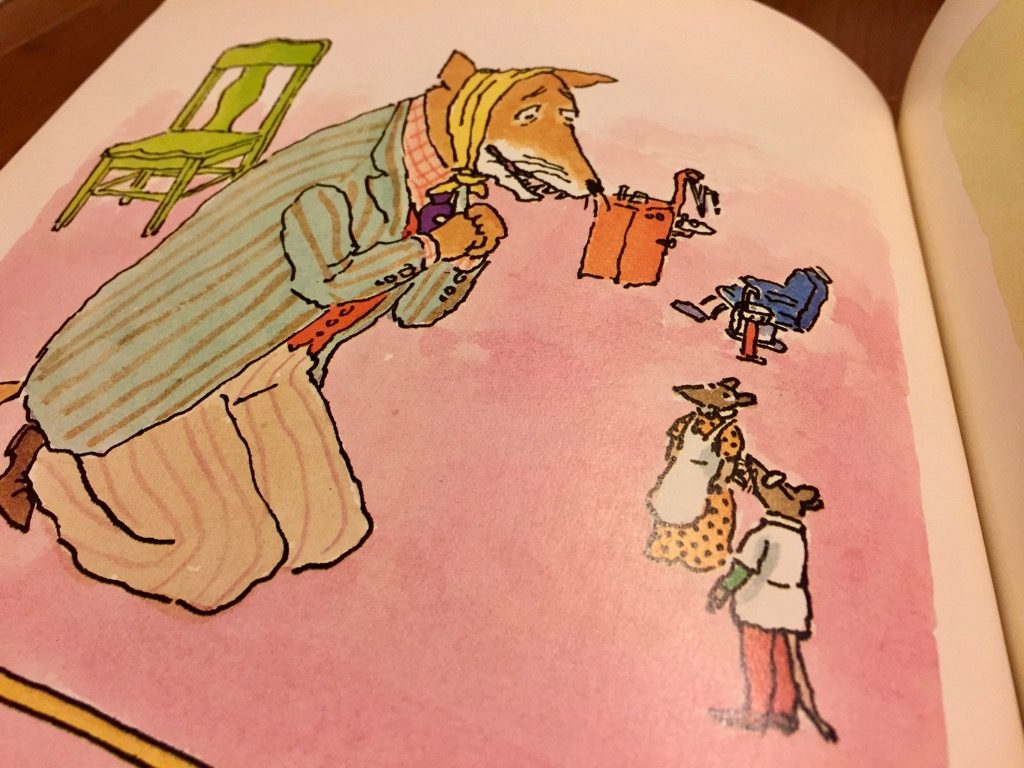 The first sign of trouble is when the fox is given gas for his pain. He starts dreaming aloud about eating Doctor De Soto and his wife.

‘I’m giving you gas now,’ said Doctor De Soto. ‘You won’t feel a thing when I yank that tooth.’ 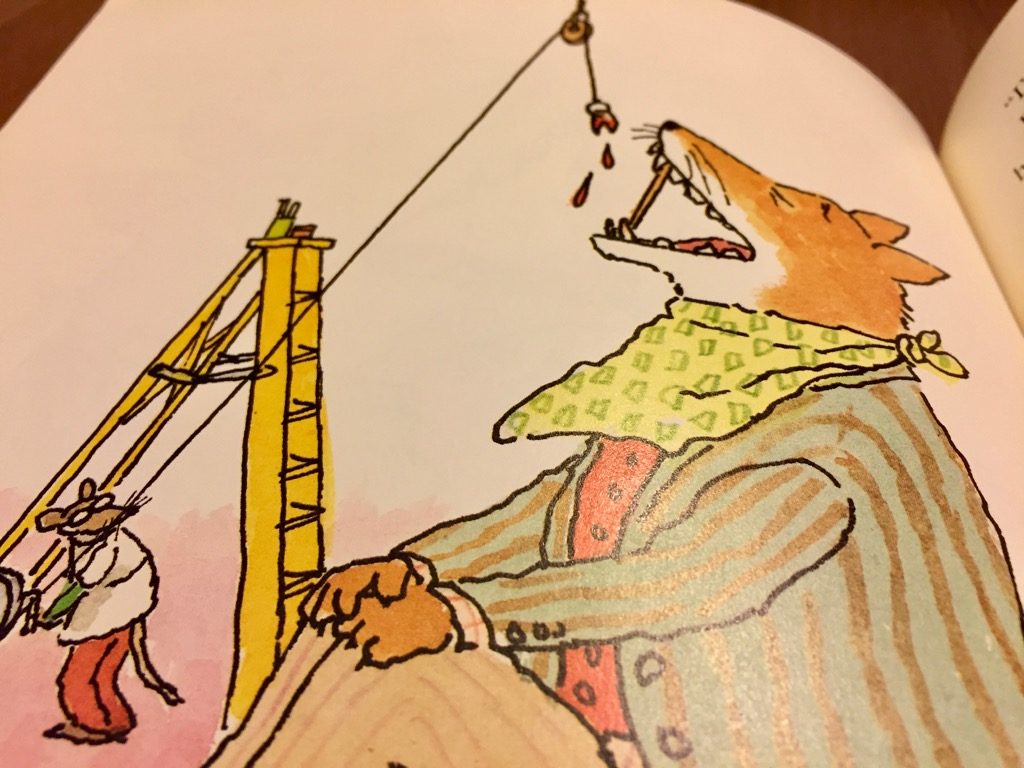 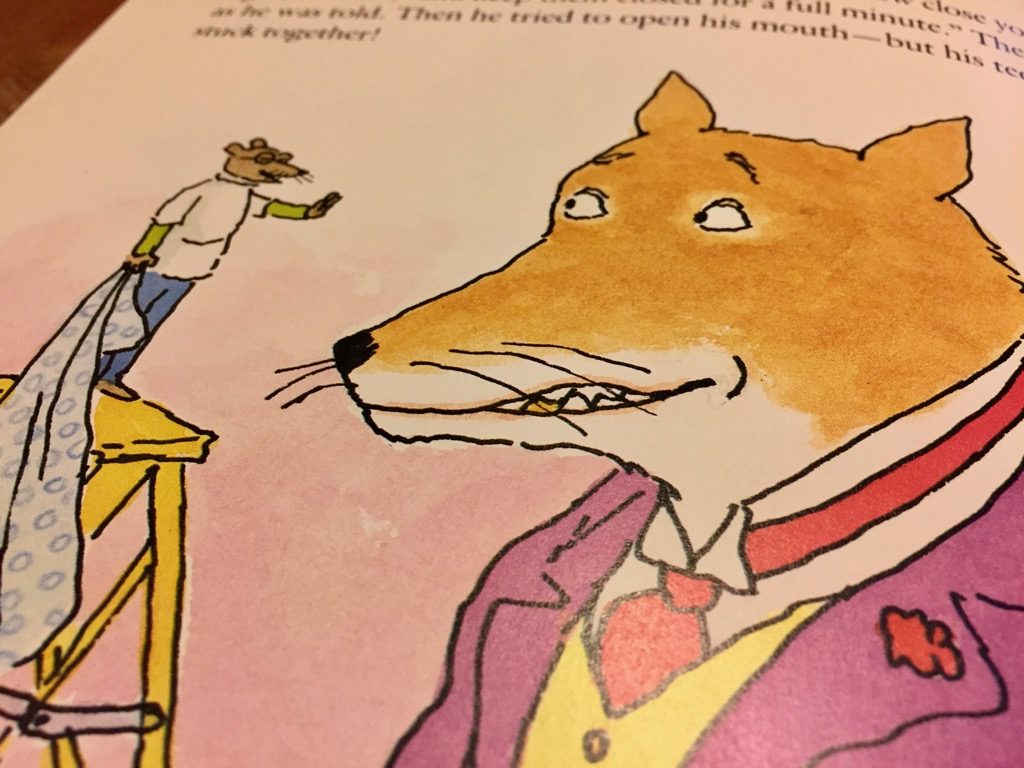 After pulling the tooth, Doctor De Soto tells the fox to return the next day so they can install the new tooth in his mouth. On the way out, the fox wonders to himself whether he should eat the mice, and the De Sotos conclude that they need to come up with a plan to outwit the fox when he returns the next day.

The next day, after installing the tooth, Doctor De Soto tricks the fox into applying a “remarkable preparation” on his teeth that allegedly will remove all of the fox’s future pain. The preparation is actually glue, and the fox’s mouth is sealed shut tight “for a day or two.” The story ends with the fox stumbling out of the office, dumbfounded.

First published in 1982, Doctor De Soto is a wonderful Newbery Honor Book that’s still in print, delighting children everywhere. Complement with The Adventures of Beekle: The Unimaginary Friend, a story about an imaginary friend who is overlooked by children again and again, then revisit Mr. Willowby’s Christmas Tree, a wonderful children’s book about a Christmas tree that’s just a little too tall.