A playful book with a timeless lesson for young readers — it’s okay to mess up, and failure is nothing to be ashamed of. 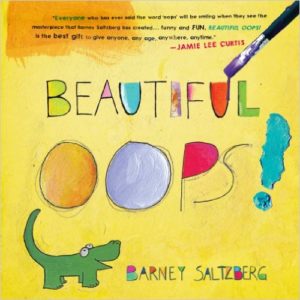 “We need to think about failure differently,” Ed Catmull asserted in Creativity, Inc., his tell-all book on managing Pixar Animation Studios. “Mistakes aren’t a necessary evil. They aren’t evil at all. They are an inevitable consequence of doing something new.”

Making the most of mistakes is a central theme of Beautiful Oops! (public library) by Barney Saltzberg, a playful and thoughtfully designed book for children ages three and up. With every page comes a new accident — a folded corner, a couple drops of spilled paint — and an interactive opportunity for readers to “do” something creative with it. For example, on one page children pull back flaps to see how a stain left by a coffee mug can be transformed into a beautiful work of art.

The mistakes in the book cleverly focus on art, but it’s not difficult for readers to draw parallels between this theme and virtually everything else in life. The overriding message is summarized in the final pages of the book.

When you think you have made a mistake…

Think of it as an opportunity to make something beautiful! 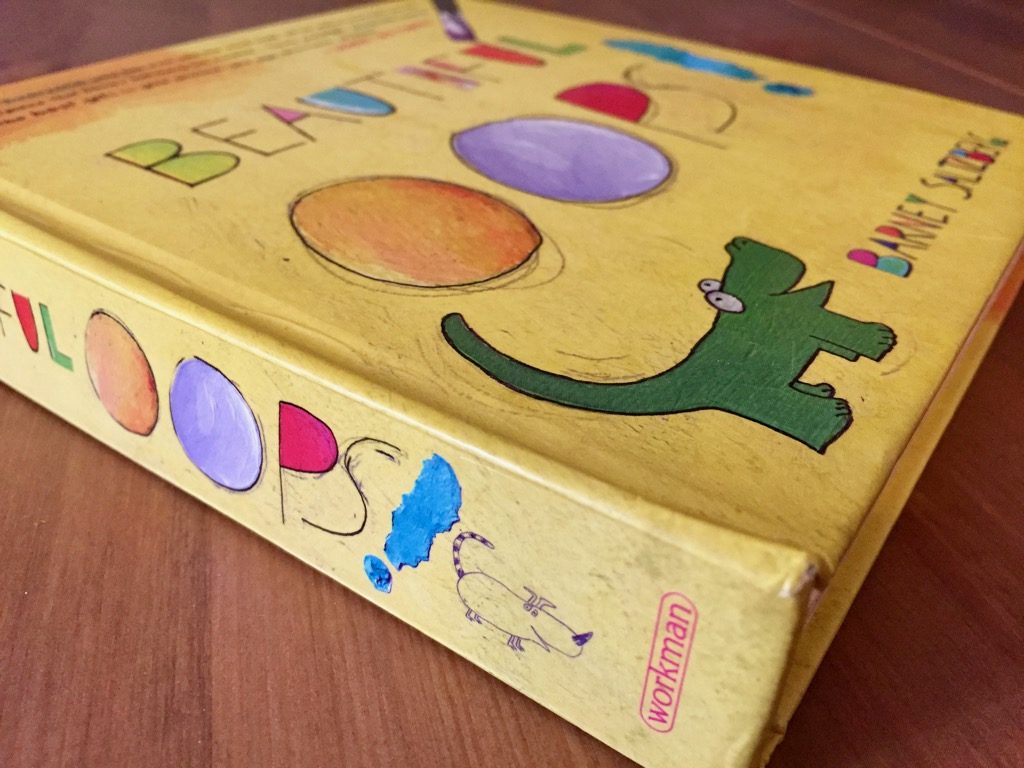 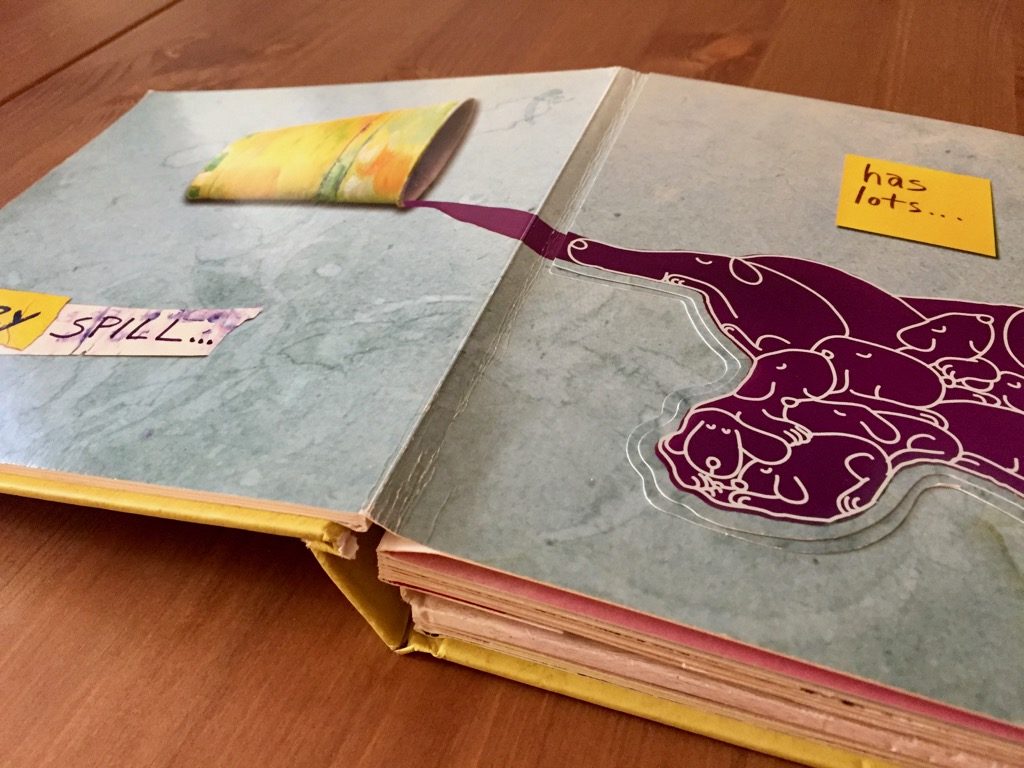 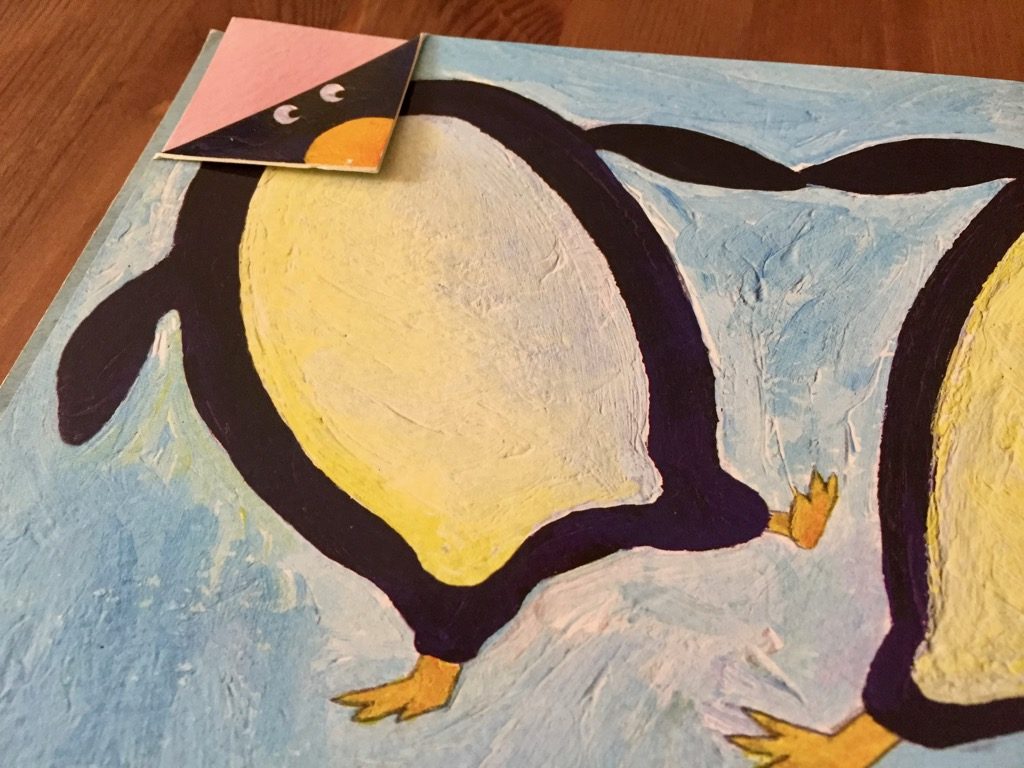 Some readers may question the premise of this book. The logic seems somewhat counterintuitive in a world where teachers still grade papers in red ink and assign “F” grades (for “failing,” of course) to subpar assignments. Even in classrooms without grades, most students receive a “passing” or “failing” mark.

No, say experts. In an op-ed for the New York Times, Madeline Levine, a psychologist and the author of Teach Your Children Well: Parenting for Authentic Success, argues that parents should step back and let their children make mistakes.

Hanging back and allowing children to make mistakes is one of the greatest challenges of parenting. It’s easier when they’re young — tolerating a stumbling toddler is far different from allowing a preteenager to meet her friends at the mall. The potential mistakes carry greater risks, and part of being a parent is minimizing risk for our children.

If children are able to live with mistakes and even failing, why does it drive us crazy? So many parents have said to me, ‘I can’t stand to see my child unhappy.’ If you can’t stand to see your child unhappy, you are in the wrong business. The small challenges that start in infancy (the first whimper that doesn’t bring you running) present the opportunity for ‘successful failures,’ that is, failures your child can live with and grow from. To rush in too quickly, to shield them, to deprive them of those challenges is to deprive them of the tools they will need to handle the inevitable, difficult, challenging and sometimes devastating demands of life.

Jessica Lahey, an English teacher and the author of The Gift of Failure: How the Best Parents Learn to Let Go So Their Children Can Succeed, wrote in The Atlantic that she regularly sees her students prevented from making mistakes.

Children make mistakes, and when they do, it’s vital that parents remember that the educational benefits of consequences are a gift, not a dereliction of duty. Year after year, my ‘best’ students — the ones who are happiest and successful in their lives — are the students who were allowed to fail, held responsible for missteps, and challenged to be the best people they could be in the face of their mistakes.

Beautiful Oops! gets children off on the right foot by teaching them it’s okay to make mistakes. Failure isn’t something to be ashamed of. It’s a learning opportunity — a chance to grow personally and even produce a better outcome than originally expected. 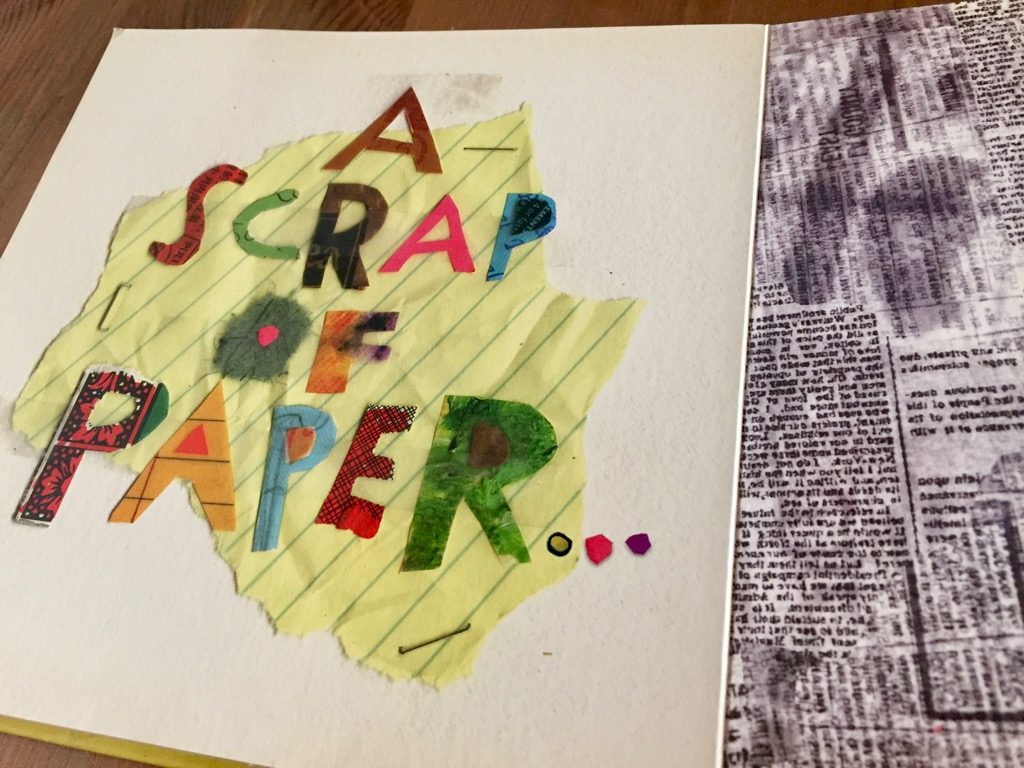 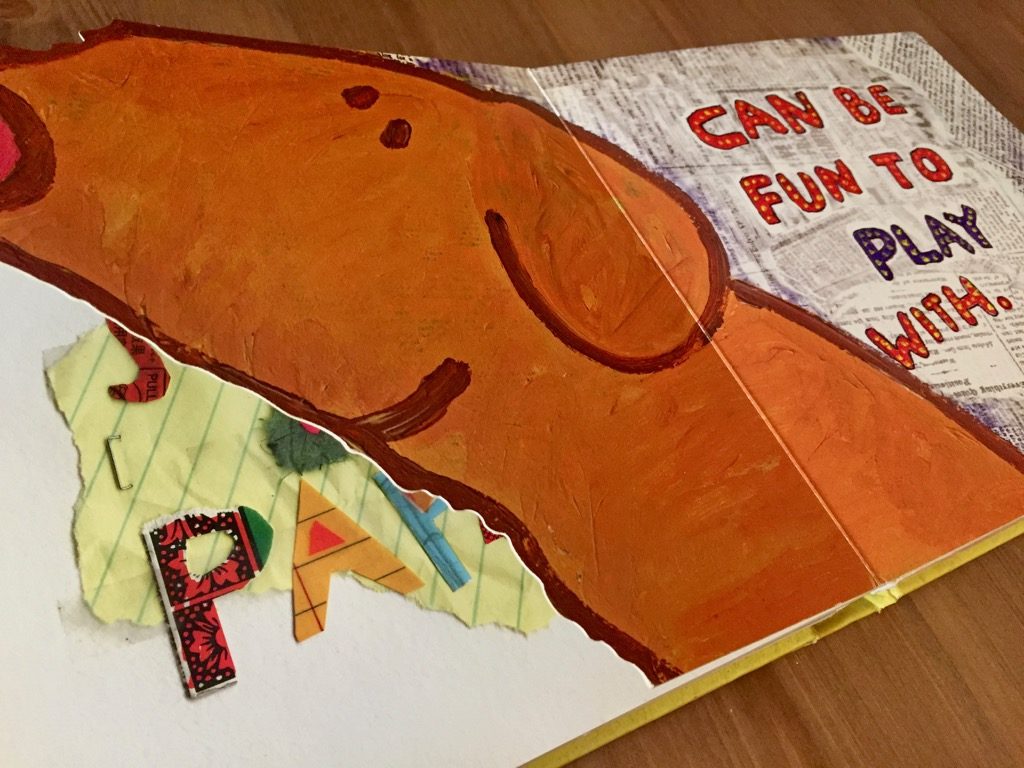 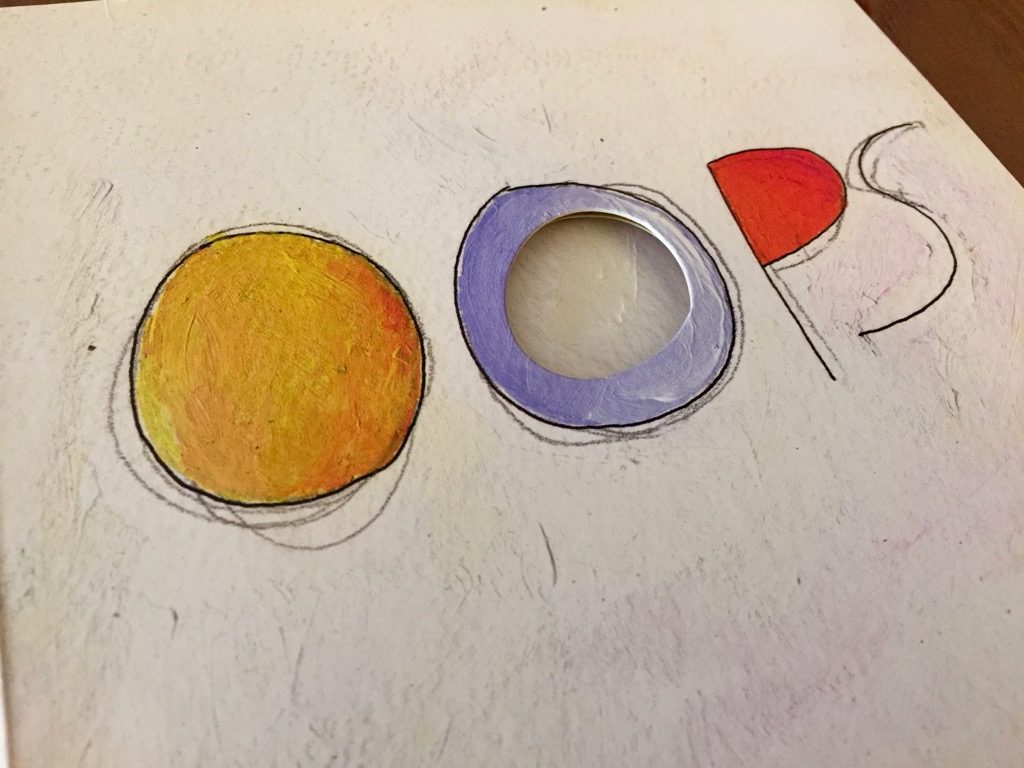 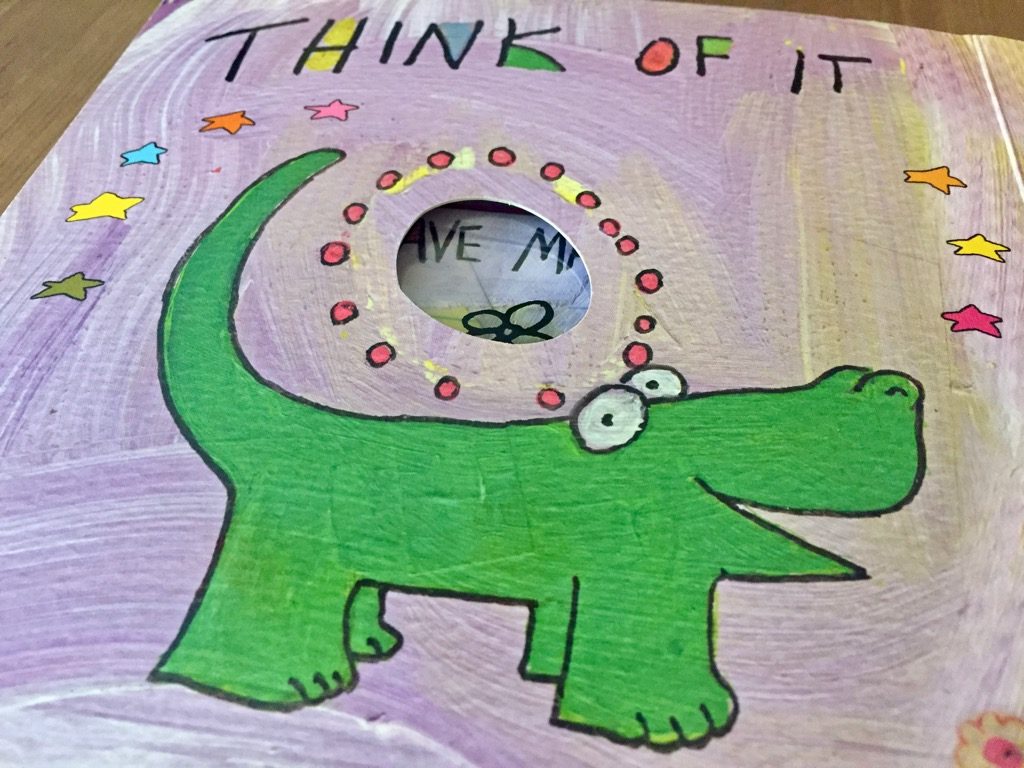 After reading such a beautiful book, children may want to try their own hand at creating something new. For parents of young children who like to draw, author and illustrator Barney Saltzberg shared some advice in an interview.

Expose them to all types of art. Give them lots of paper! Don’t be judgmental. Let them explore. If the sky they paint is pink with yellow polka dots, that’s fine! There is not a ‘correct’ way to draw a cat! Let your kids find their way. Everything at school has a right and wrong answer. Making art is time for letting the rules go on vacation.

Beautiful Oops! is a tremendous accomplishment. The book’s engaging interactivity holds children’s attention time and time again, and the powerful message — that mistakes are inevitable and, in many ways, desirable — resonates with readers of all ages. Complement with Mossy, a touching book for children that explores the nature of wilderness, and Jan Brett’s drawing advice. 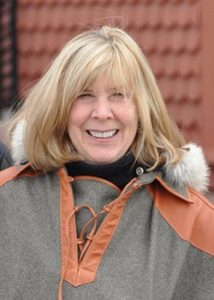 With over 40 million books in print, Jan Brett is one of the most popular authors and illustrators in modern children’s literature. She’s also a treasure trove of advice for kids learning how to draw. In a variety of interviews, Brett shares timeless advice on how to get started in the competitive world of illustration. And in over twenty videos, she provides detailed instructions on how to draw the animals featured in her critically-acclaimed books.

According to an interview on TeachingBooks.net, Brett first knew that she wanted to be an illustrator when she was in kindergarten.

I knew that I wanted to be an illustrator since I was in kindergarten. I can remember the exact day. The art teacher usually came to our classroom once a week, but she was absent that day. Instead, our regular teacher gave us each a huge piece of paper and crayons, and we could do whatever we wanted. My family had been planning to go to the circus, but it was canceled at the last minute. I was very disappointed, so I decided I would draw the circus on my paper.

We had an hour to do this, which is a long time for a kindergartner, but I just was swept away by this project. I drew all the things I thought I would see at the circus. It was probably better than the real circus. I imagined the stuff I would eat, horses (I loved horses), ladies with feathers on their heads, and more.

When I finished, I just said, “Oh, this is what I want to be when I grow up.” When I was asked what do you want to be when you grow up, I would say, “I want to be an artist.” And they would say, “Why don’t you become a children’s book illustrator?” In those days it was the kind of job a woman would do. They would also suggest I become a teacher.

Brett is an author and illustrator, which means that she has to come up with an idea for a story before she starts writing or drawing. Inspiration and creativity are different for everyone, of course. Brett finds that ideas for stories and characters can pop into her head virtually anywhere, at any time.

It’s very complicated because each book has its own path. When I go for a run, sometimes I’ll think of an idea. There’s something about all that oxygen when you’re running that makes you get good ideas. Sometimes before I go to sleep I’ll say, “I need the answer to this question.” Then I’ll sleep on it, and sometimes when I wake up in the morning, I’ve got the answer.

I have these ideas in my mind for a long time, and then they will come to me. Sometimes I’ll have an idea that will be in my mind for 10 years, like The Easter Egg. I didn’t have all the pieces together.

I ask children, ‘Have you ever seen a shooting star when you’re out at night? All of a sudden you see this giant meteor going by that is maybe green and blue, and it lights up the whole sky? Ideas are like that.’

Sometimes, I will pull an idea out of some other ideas that I’ve had, and it will just kind of evolve. Other times, boom! It will be like that shooting star. I’ll just get the whole idea at one time, and it will just be like an explosion in my head. Each one is really different.

It may come as a surprise to younger readers, but drawing is an intricate, painstaking process for Brett. It typically takes her an entire year to create a single children’s book. She uses watercolors with very small brushes to illustrate all of her books. In an interview on the Scholastic website, she said that “it takes an hour for me to draw an inch,” and “I do spend a week on a double-page spread.”

The books take a year just to do the drawing. I will travel to a country to do the research and get ideas. Sometimes I don’t travel to do research, but mostly I do. It takes a long time, but do I ever get tired of it? Not really. The characters kind of grow and evolve.

I just love to draw. It’s very intense for me. The day will just go by like the snap of a finger. A lot of times I’ll draw or paint late into the night. When I am really concentrating, I kind of lose track of what I am doing.

I’ll go to bed, and the next morning I’ll look at my artwork and say, “Wow!” It kind of took on a life of its own and directed me rather than me making conscious decisions for the art. It’s almost like a force takes hold of me. I think it’s a human condition, this ability to story-tell either with words or with drawing. It’s just something that takes over and comes from your subconscious.

Brett frequently tours around the country to visit with children in schools and bookstores. She occasionally provides drawing lessons during her lectures, and according to the interview on TeachingBooks.net, she shares personal drawing advice with the children.

When I go to a school, I show them how to draw something. When I look at all their drawings at the end, each one will have so much individuality and pizzazz. I tell them how important it is that they have some way to use their creativity because it’s such a treasure that each person in the world has this little box of traits and talents and experiences that is totally different from anyone else’s.

I like to tell them about looking at their fingerprint, and how theirs is different from everybody else’s. It’s the same way when they draw a picture. I admire the way they’ll present the same image that I’m presenting, but they’ll put their own ideas into it.

For example, when they draw a lion, the mane might be totally fluffy, or a hedgehog will be pink or will have long eyelashes or will have big muscles in its legs. They just take things that they’re interested in or are part of a story that’s in their head, and put it into their drawings. I find that incredibly inspiring and hopeful about human beings.

Brett provides additional drawing advice for children in the interviews, including another interview on BookPage:

For kids interested in improving their drawing skills, or just trying to draw some of the animals in Brett’s stories, Brett provides over twenty video drawing tutorials on her YouTube channel.

Children can watch Brett’s detailed videos to learn how to draw an elephant, a giraffe, a stork, a tiger, and much more. Complement with books by Jan Brett with drawing advice from other illustrators.